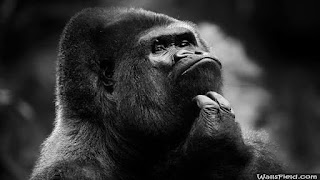 I saw an inscription somewhere about strong men, hard times, good times, and weak men. It said that hard times create strong men,  strong men create good times, good times create weak men, and weak men create hard times. Quite an interesting but vicious cycle. At the same time I wonder which time it is and which men there are, is it strong men transforming the hard times or weak men wasting the good times? Perhaps there might be all of everything at the same time, strong men making good out of hard times only to watch weak men mess things up. Whatever the case, every generation is blessed (or cursed) with strong and weak men, and that being the case there is a contest between the two groups to dominate and define the time. Also every generation has a task and the disposition of its occupants towards that task is what they will be remembered for. This is a burden, every generation's burden. This burden requires the investment of tears, sweat and blood, and by blood we mean the ultimate price even. Look around you, look at the gadget on your hands, at the electricity, at the pet bottle juice,  at everything around you, some men at some time defined not just their lives but their generation. The liberty you enjoy, the freedom of speech,  freedom to dream,  to aspire to heights, freedom to fail even,  are not gifts of nature like air, and water and fart, at some point in our common ancestry some persons put their lives on the line to safeguard a future they would not partake of. Some generations succeed at keeping true to their burden, others fail at every point, that is the generation of people who will rather live as slaves than die as heroes, that was not the 300 Spartans. Edison would have enjoyed endless days of drinking and revelling rather than 1000 times of attempting to create a light bulb. Mahatma Gandhi could have easily slotted into the service of the British Empire, made a decent living and died at old age a jolly good fellow, but you know his story. Nelson Mandela would have just slotted into the regular life of the average Black man in apartheid South Africa, continued with his law practice, try not to heat up the polity,  not to offend the minority White rulers, and perhaps history would have taken a different route. Imagine Martin Luther King Jr, Malcolm X, Christopher Okigbo, Ken Saro Wiwa,  and several others who would have taken the 'wise' comfort of safety first and life first. But, no, these men were ready to pay any price for ideals and values they believed in,  even when they knew they may not live to enjoy the things they were fighting for. Lastly, I give the example of a generation of Jews. Remember Moses and the Israelites journey, there was this generation of them who were told they wouldn't enter the promised land. What gain was there for them to continue the journey, wouldn't it have been better to turn back to the relative comforts of Egypt and live out their days? But this men continued with Moses and even fought wars in the journey for the enjoyment and safety of a tomorrow they wouldn't enjoy.
My dear, reader, the emphasis on life and death over the course of this piece has been much, and that is because most of the time our love for life, safety, and comfort prevents us from carrying a personal or generational burden. Sometimes 'life first' doesn't mean protect your life first, sometimes it means 'give your life first'. The questions are simple, can you die for something? Are you so much enamored with life and its fleeting comfort that you will lie low and join weak men to sow the seeds of hard times? Will you be willing to sacrifice a thing for something you will never gain from? We all came to be born to die. If you fight, you will die, if you do not fight, you will die, therefore fight and die. Do not go down without a fight.
- September 21, 2017