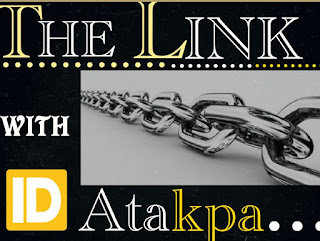 On the 20th day of July, 2017, popular American artiste and lead singer of the rock band ‘Linkin Park’ committed suicide by hanging at his home in Palos Verdes Estate, California. This came as a huge shock to most people, questions regarding reasons for the act was asked; eventually, it was discovered that the lead cause for the action was depression. This was a man who few days before the unfortunate event was caught on video, smiling and laughing with family and friends; he seemed like a happy man, a perfect husband and father, and a great musician; what then would have gotten him so depressed to the point of committing suicide? What exactly is depression? Is it a myth or reality? What are the possible causes of depression? And how can it be managed? Before writing this article, I did a survey on a popular social media platform, by asking a simple yet difficult question: What is your take on depression? 90 % of the answers I got bordered on the reality of depression and its impending danger (s), while the remaining 10% argued that it was, and to quote one of the replies, ‘a teenage myth’.
Depression and sadness are two separate but unavoidably linked emotions. Yes! Depression is an emotion; it isn’t always crying your mascara off in the shower and playing sad songs. Sometimes, it’s not wanting to talk to anyone for days and other times it’s desperately needing to be around people. Sometimes, depression is having no appetite even though you haven’t eaten anything for some time and sometimes, its eating uncontrollably. Sometimes, it’s not achieving set out plans and goals, and sometimes, its family issues and criticisms. Depression is the frustrating feeling of desperately wanting to enjoy something and just be normal, but you can’t seem to snap out of it; its keeping a secret from the people who love you because you don’t want them to look at you like you are broken. No, depression isn’t beautiful black and white images with colored filtrations. Depression is lonely and frustrating and mostly just really exhausting; and is practically deadly, destructive and a very serious psychological issue often underrated. According to the American Psychiatric Association, depression affects an estimated one in fifteen adults (6.7%) in any given year; and one in six people (16.6%) will experience depression at some point in their life; so, technically, almost everybody will experience depression at any given point.
Months back, I was involved in a conversation with a friend who happened to be suffering from depression at that particular time, She had failed to successfully complete her bachelor degree program at the stipulated time, and unavoidably had to stay an extra year in school, what is called ‘spilling over’ in Nigerian Universities, as if that was not depressing enough, She lost her parents in a car accident. Her first year in school was pretty awesome, as she got good grades and never lacked anything; in her second year, she got into a parasitic relationship with a cultist and that was the beginning of her misfortune; it was from one bad grade to another. Then came the heart break, she had given all she had physically, mentally and emotionally towards the growth of the already doomed relationship, then she locked herself up in her room, failed to attend classes and missed multiple examinations. At this point, I’m sure some of you will refer to her as being the architect of her problems, but in reality, it really couldn’t have been any of these things, it could have been the inability to read, understand and interpret; it could have been as mild as failing to answer a simple question in class, hence the loss of ones self-esteem. By the end of the discussion, she was able to develop a positive attitude towards life; this can only mean one thing: depression could be effectively managed and maybe totally eliminated.
The fact that there are various types and stages of depression implies that the answer lies in a variety of solutions, which borders around therapy, soul searching, medications such as anti-depressants, embracing a positive attitude towards life, finding purpose, surrounding yourself with people that are willing to help, and just being badass awesome; sometimes all you need is twenty seconds of insane courage, just twenty seconds of embarrassing bravery, and I promise you, something great will come out of it. Look, it might be difficult but you cant beat yourself up over every single thing that might seem to be failure, defeat, setbacks; Life’s too short for regretting or crying over spilled milk. Kick start your life again, Happiness is as real as depression, choose to be happy as everyday is an opportunity to make a happier and positive life. Cry if you must but make sure you make a conscious effort towards living the happy life. Do not let yourself get stuck in a particular situation, because in reality, we all are the architects of our lives; and understand that it is each individuals’ inalienable right to be happy.