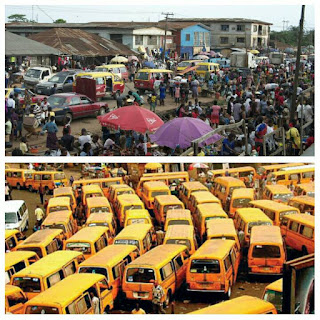 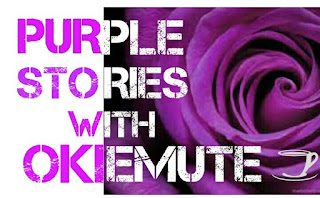 It is true that the yellow and black stripped Danfos (Volkswagen Vanagon 1987 model) flying on the Lagos highways and the red and yellow Nissan Vennette commonly used for public transport in Benin city bear no obvious similarities with each other. However, conductors and drivers in these two cities have quite proven over the past few years that they might just have indeed been lost brothers. (I say this with reference to behavioural patterns) Any Lagosian who had had reasons to migrate to the red soiled plains of Benin City would unarguably admit that bus conductors and drivers in these two states share some common visible attributes.

You'll find a typical Lagos conductor who is no more blessed with the gift of sacarsm and savagery than his counterpart and so try not to enter their buses without the exact fare or else, my friend, you just got unlucky. Don't even bother about their body odur, its normal. Just give them their money and get the heck out of their bus! That's not all, as a JJC, (how newbies are fondly called) you don't want to get caught in a quagmire due to the ridiculous way bus conductors call out bustops especially during rush hours. In Edo state, Ring Road either becomes "Rigro", "Ringload" or "Winglo"; Sapele Road becomes "Saple Ro"; Ajip becomes "A-jape" while in Lagos state, the names are said in the fastest way possible and are compressed till you have something like: "Isolomushincelemiletwoosholoshod". (Just enter laidat, no time)

However, many of my colleagues still partially agree with the idea of relative similarity between the two. They think our Lagos conductors are hot blooded, very dramatic and just no match for the Benin conductors.

"Lagos drivers are too loud, very impatient and Rash" Alex pointed out

"Lagos is a busy place filled with different people of different class" Justice began "I have entered a bus that the conductor called out the bustop that I would alight and I paid, everyone paid. At the end of the day; they didn't drop us at the bustop and the driver ended up saying 'emabinu'. Also I was in a bus one day and the driver asked me to put on my seat belt because of police. I tried telling him that seat belts were not meant for the police but for the safety of the passengers. I attempted to use the belt and realized it was broken and he said 'just wear am make we pass check point, you go fit remove am'"

"Although Benin drivers have bad mouths" Peace confirmed, "but at least, you don't need to run after their buses. They would always move backwards to pick you up compared to Lagos drivers"

"Public transport prices change and it actually depends on the bus driver" Joy remarked. "Someone can take Yaba for #50 in the morning and it can become #100 by afternoon. If you don't enter, it'll be full right in front of you and you'll get delayed before another bus arrives.

Apparently, the interview had favoured Eko drivers but I still had this funny assumption that my interviewees might have been biased probably because of Lagos' popularity or maybe my sour experience in the hands of Benin bus conductors during the first few weeks of my fresher man days in Uniben was the veil that blinded.

After suffering from the physical and psychological exhaustion that would usually come with clearance, I decided to settle my ATM issues with my bank which was just along the road. I had successfully crossed the first lane of the Benin-Lagos road and was about to take a second crossing when I was greeted by the open arms of 'passenger hungry' Benin conductors. I was dragged from left, right, back and forth by faces I could not recognize and all I could say was 'I no dey go o'. Finally, after almost two minutes of drama, the remains of my tired frame was led into a bus. I later realized they had damaged my newly acquired back pack.

Interestingly, many would say I was lucky this didn't happen in Lagos because I would have been much more humiliated and left on the road at the mercy of staring commuters.

When I asked my good friend, Emmanuel, why this was the case, he had this to say: "I've seen nothing compared to the Lagos rush. The Lagos driver has to deal with the maybe 80% of its 21 million population that are public transport users hence his behaviour". I could agree with him no less.

Lagos is the 5th most populous city in the world and that's more than Moscow, London and Mumbai which explains the reason why life is always on the fast lane.
But on a second thought, I feel if our Benin drivers find themselves in a Lagos setting, they just might be worse, or what do you think? How well can you answer the metonymical Ring Road or Orile question?
- October 10, 2017