OF JUDAS AND THE QUESTION OF FATALISM

At certain times in my life when effort submits to the preponderance of fate, when knowledge, planning, and enlightened execution squirms back at the bulwarks of failures, then I sense the petulant arrogance of nature in asserting, nay reminding us of our incompleteness in determining the twists and turns of our lives.
Among philosophers the doctrine of metaphysical determinism or fatalism even, tends to oppose the concept of freedom and the will. If a man was predetermined by heaven to follow a particular path, why should guilt be pinned on him and justice levied. The Apostle Paul echoes this sentiment in Romans 9:19, 'You will then ask "Why does He find fault? Who has resisted his will?"' Before Esau and Jacob were even born, God had determined that the older would serve the younger, so, no matter how much we try to demonize Esau for selling his birthright, heaven had decided his matter even before the midwife said 'PUSH!'. Time will not allow for a detailed look into Pharaoh's hardened heart and of the lying prophets who opposed Mordecaia, but truth is sometimes I see life as a divine chess game; our kings are kings, our queens are queens, our bishops are bishops, and the rest of us are mere pawns.
Now, in the story of Jesus, I believe it was predetermined that he would be born in Bethlehem, of a virgin, betrayed by a disciple, a role of which Judas had the misfortune of being chosen-yes chosen- to play. If determinism/fatalism were to be heaven's little secret, then there is no margin for praising heroes and condemning villains since all their decisions and moves were predetermined by God, human history being a progression from creation to eternal judgement, and men acting out their scripts in the divine comedy.
Now answering this question opens the door to even more complex questions, however, the clause in the philosopher's job does not oblige him to provide answers to life's questions, it allows him the liberty to ask more questions.
Firstly, Jesus came to die for the world, and whoever served as the means to that end should be seen as the true hero- not Peter who opposed at every mention the death of Jesus.
Secondly, if we are to extrapolate from earlier trends, of Pharaoh's hardened heart and Esau's birthright, Judas was an unfortunate actor of life's script and thus I wonder if he really had a choice, a choice not to fulfil the purpose which I believe he was predetermined to fulfil.
Thirdly, do we curse or do we bless Judas? If he had not experimented that high treason, the Romans would not have crucified Jesus, and Jesus would not have died FOR US.
While the argument of determinism and freedom and the will rages on, I wonder if I have justified a traitor, I won't say I haven't and maybe you can't say I have. 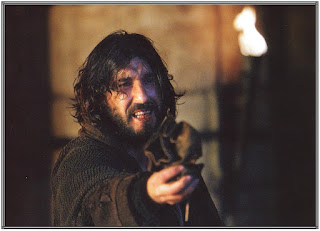