OF IDEAS AND I DARE 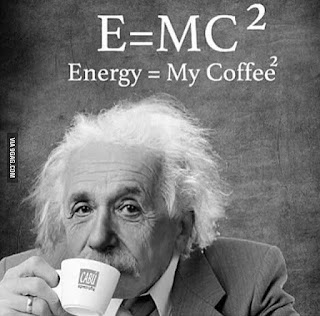 The world has seen great accomplishments, inventions, conquests, and deeds, both good and bad. It has seen the Egyptians and Aztecs build great pyramids, and Phoenicians build great ships. It has seen the might of Rome, the knowledge of the Greeks, the German machines, the Chinese wall, and the atomic bomb. Yes, it has seen Hitler kill 6 million Jews, and Stalin over 20 million of his own people.
There are many variables yet one constant in all of these, which is that all great deeds were once ordinary ideas. Hitler's Jewish purge was once an idea, the tower of Babel was once an idea, the Titanic was once an idea, the aeroplane was once an idea, the television, telephone, drone, chemical weapons, and even man were once ideas.
Being that ideas are the seeds of actions, should we say that there are more bad deeds because there are more bad people than good, or that good people either don't think, or when they do, do not implement their ideas. Perhaps there are ideas locked away in some good minds on how to stop the carnage of insurgency in Nigeria, the filth and spread of bigotry in the society, ideas on how to move Africa forward, ideas on how to ensure lasting peace the world over. Perhaps these ideas do now exist, but sadly may never be spoken or acted upon. Often times, we discover that people with bad ideas are fearless and are quick to implement them, whereas those with good ideas are sometimes gutless and often display a nonchalant attitude to transmitting their ideas or transposing them from ideas to realities. Now consider that when bad things happen good minds engage in endless or continual conversation of what the problem is, in rare situations are ideas proffered, and yet with more infrequency are such ideas implemented. The battle is one of ideas, and it is always worth it, if need be, to die for a good idea. Mandela spent 27years in jail for an idea(the end of apartheid in South Africa), Jesus died for an idea(salvation of man), Michael Farader died for an idea(electricity), Jan Hus died for an idea, so did the millions of Christian martyrs who have been killed over the centuries. The sad situation is that in recent times, bad people are more willing to die for their ideas...Check out all the terrorists and suicide bombers who rigged themselves and detonated IEDs and then consider how we sit in our cozy homes and continue the endless conversation of the problem with Nigeria!
Paul 'Triple H' Levesque would say, 'I am the game and I wanna play,'
We are the change we await. The whole of creation waits for our manifestation. Work on that idea and if you can't, share it with someone who can. It's time to play the game.
_Okwuchukwu Augustine Ndulue.
- February 04, 2017