THE OTHER SIDE OF INCLUSION 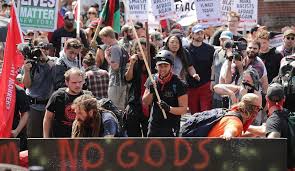 'Goodnight' is more lovely than 'Good morning', of this there are no ifs or buts. Darkness may endure for the night, but joy comes in the morning, so says the good book, but it is an odd irony that in this one instance sunset thumps sunrise. And dusk preens above dawn. Quite often we are wrapped around our lovers' arms and are kissed goodnight, and quite as often we yawn our listless 'good morning'.
The dawn of the left wing control of governments of nations has brought with it as much smiles as frowns, as much embrace as smothering, and as much questions without answers as answers that can't be questioned. Devout liberals believe the ideology to be the best thing since Adam hugged Eve, what with all their monopoly over sensationally charged words such as progress, tolerance, inclusion, diversity, forwardness among others. It should not go without saying that under the foster care of liberalism such words have been manipulated to guard and protect pre-existing liberal excesses from being questioned or criticized. Even when Liberalism eggs society on unto depravity and all manner of banality, one would not want to question 'progress' unless he is certainly a backward deplorable (apologies Hillary Clinton). Yes, I am wont to having a certain level of aversion to what I would rather call 'Hyper Liberalism'. A full dossier of my protestations would take up volumes of both space and the invaluable time of the reader, however, a-bit-at-a-time might prove as potent in driving home points as a guillotine would the neck of a corrupt French nobleman, and with less boredom to boot.
Tonight's bit scratches the gold plate of inclusion or, as the trend in profiling is, inclusionism. Liberalism encourages inclusion, and inclusion here when detailed would mean spicing up the hitherto homogeneous makeup of society. That would mean more hijab wearing girls in London schools, a kebab kitchen on every street of Canterbury, at least one gay athlete in the US Olympic team, immigrant Turks taking up seats in the German parliament, or an LGBTQXYZ quota in every government board by year 20whatever. This might not suffice to explain what inclusion is all about here,  but you get the general idea. As good as it might sound to spread our arms and embrace some more diversity, we shouldn't choke on its overdose and begin to lose touch of reality. Reality here is that while more and more focus is given to the so called inclusion, focus is shifting from excellence. People are getting things handed to them by their claim to the so called minorities of society worthy of inclusion. No one asks the question if the gay athlete in the Olympic team is worth his place in the team, or should he/she make the cut ahead of a better athlete just because society should embrace gays and give them inclusion? Wonder what inclusion would have done to the several space missions if one random so called disadvantaged group came up protesting that they wanted one of theirs in the space mission, or say the Manhattan project, that Albert Einstein, the Albert Einstein had to step aside so a demographic of a certain religious, racial or sexually adventurous humans partakes in inclusion. What happened to merit? Who gives a damn about whether or not a man should get 'included' on the silly premise of the fact that he would rather dip his coin in another man's you-know-what? Truth is that if the push for inclusion is not moderated,  if we don't look at a spade and call it by it's name, a damn spade! Then one day government offices, parastatals and key positions in public service would be occupied by people who do not merit them, people who should have no business with the seat they occupy. You may not like President Trump,  as CNN has schooled us to not to, but I believe he was right in saying 'No' to having transgender quota in the US military, in his own sentiments, it isn't wise entrusting the defense of one's country to a man who would rather be pre-occupied with how he wants to look like a woman or vice versa. Let those who merit it do the damn job. If anyone wants to get into school, government or on the plane to the Olympics he or she shouldn't queue behind the joke of Inclusion. Everyone should go through the screening and let the best get the job irrespective of colour, creed or carnality. If society continues to stir the inclusion waters we may end up drowning excellence in the ocean of sentiment? We may end up kissing goodnight to real progress and yawning good morning to mediocrity and retrogression. A word is enough for the wise, a whole book the foolish would not read. Ndewo nu.