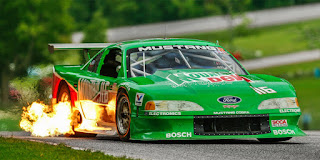 I love motorsports(F1 to be precise), yes, I do. Talk about the vivacious synergy of speed, aerodynamics, tangency, centripetal and centrifugal force, boy, I love that game.
"Gentlemen," a baritone voice calls out," start your engines!" Then comes the revving. The British hype( or pride), Hamilton adjusts his helmet. Vettel is calm in his Ferrari, and as Fernando Alonso's Mclaren speeds off like the Spanish Armada, I sit back with my cup of popcorn. NEPA dares not at this point.
My love for racing made me a first grade driver( video game). I have 3 racing games in my device. In these video games, one is made to challenge about 5 other competitors. On the tracks are kept gifts that improve your car's speed or balance, and you redeem the prices by running into them.
Two nights ago I was about speeding away with my Ferrari( note* video game) when I decided to do something weird. Instead of going forward, I reversed. Backwards I went expecting a disqualification but there was none. I sped away, burning the tracks and claiming the gifts standing in my way. I smiled at my folly when an oncoming car ran into me, and then came the disqualification. Though the disqualification came when I had an accident, the "wrong direction" warning appeared above my steering the very moment I turned backwards.
When I dropped the phone for a more honourable pastime, it began to click. Wisdom began to enter. Maybe the Lord wanted to teach me something.
Here is what I learnt: Man is a turbo-charged and powerful animal who is out on a divine assignment. There are gifts and blessings set on the road of his journey. But the problem is that many of us are going in the wrong direction, forwardly moving backwards. The deceit that eventually damns us is that we still see blessings even in the wrong direction. Now, I will have to streamline this to ministry. Some have often asked questions like, "why did God not stop that preacher when he reversed from the right direction, when he became more interested in money than in the gospel?" Or "Why did God not stop that fallen church when they began to lapse into apostasy?" It would have been better if the gifts disappeared from the road, if the anointing left, so, that man would hit the brake and reverse to the right direction. But it doesn't happen that way. Power continues to flow even when the alarm is buzzing "wrong direction".
That everyone is doing it does not make it right. That 1billion people are forwardly moving backwards, claiming the gifts on the road does not make it right to move backwards. You might be the only one in the right direction, please, don't be intimidated; only a few find the narrow way.
Finally, as I plan to acquire a faster Mercedes( note* video game), remember that lasting for a long time in the wrong direction without crashing does not make it the right direction, and so will never win you the ULTIMATE price. God bless us. Vuuuuuuuuuum!!!
- May 01, 2017