THE WAR IN MEN 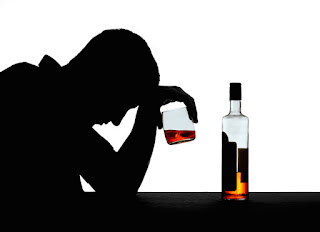 War is big business, every pull of the trigger let's out a bullet, which if on target ends in fatal results, but also drops some coins in the manufacturer's coffers. There is death and pain, cries and howls, but there is profit and glee for the man who sells the swords of war, and the coffin man who builds the box of death. These are the wars of men, the stuff of legends and the fragments of myth, the very soil upon which nations are planted, watered by the blood of tyrants, patriots, and martyrs alike. A generation comes in time to reap the fruits of men's blood, often times, sadly, a generation of Pharaohs who know not Joseph.
What is war if not men buying freedom and life at the valley of bondage and death? Sweat, blood and tears are legal tenders.
How bloody, how painful yet how gainful the wars of men.
I pause to think, and right within is the noise of a greater war; more bloody, more frightening, and more noisy it is- oh, the war in men. A tussle for power starts a skirmish at dawn, at dusk the ashes of the dead sail the Ganges. The mind and heart, reason and emotion, with coup and counter-coup wrench at intervals the rule of the other. The man sits head in hands, undecided, waiting for the verdict of the war within. An unpaid fee, a lost job, a nagging wife, yes, the tussles without, the strife, scratches and itchings sponsor the warring factions within. A green bottle, certainly of beer, signals a temporary truce. Stupor follows, he sleeps and wakes to another day's battle, and while he sits to belch, a shot is fired, we are back to the trenches.
What profit awaits or what gain has one in the war in men? Need we fight the fight in men? Need we take a side? An alliance system is always in sight, and so is victory or defeat, and life or death. So, we read, so, we run, so, we love, so, we call our friends indeed to help a friend in need all as means to win the war in men. And when life has fought this precious one, boxed him to a corner, back to the wall, need he echo Patrick Henry 'Give me freedom or give me death'?
- June 08, 2017