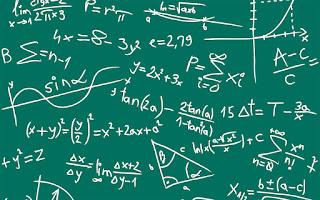 This is my view of how it all began, how it was, how it is and how it will continue to be. This may turn out to be the reason why we act the way we do, and seek the things we seek, and the reason why we go after our kind, and like our likes.
In the beginning there were a few people, few men and women. And there was wealth for which these men contested. Yes, there was a fight and the stronger men won, and won for themselves the wealth. So, there came to be two kinds of men based on wealth-the RICH and the POOR. Before this time there were two kinds of men based on appearance, the handsome and the ugly, but the beauty of men was little beyond the beauty of their wealth, thus appearance never really mattered.
From this point the RICH men wanted the BEST things, of course they could afford the BEST things, and the POOR men couldn't. And here the greatest of the BEST things were the BEAUTIFUL women. Appearance, unlike among men, really did matter among women, and to this end there were two kinds of women-the BEAUTIFUL women and the UGLY women.
Due to their wealth, the RICH men took for themselves the BEAUTIFUL women as wives leaving the UGLY women for the POOR men. And so was society divided into two-the BEAUTIFUL RICH and the UGLY POOR. soon this was shown in the offsprings of both unions, whereas the RICH man and the BEAUTIFUL woman produced BEAUTIFUL RICH children, the POOR man and the UGLY woman produced UGLY POOR children.
In time these offsprings were grown and due for marriage and the BEAUTIFUL RICH parents of the BEAUTIFUL RICH sons looked out for the BEAUTIFUL RICH daughters of other BEAUTIFUL RICH parents, and when there were no more BEAUTIFUL RICH daughters, they searched around for the rare BEAUTIFUL POOR daughters of the UGLY POOR, and thus UGLY POOR sons hardly got the chance of marrying the BEAUTIFUL POOR daughters and most of what was left for them was the UGLY POOR daughters of the UGLY POOR parents. They would continue to groan that whatever thing of beauty found among the POOR was taken by the RICH to continue the union of BEAUTY and WEALTH, and consequently the union of UGLINESS and POVERTY.
So, at the top echelon of society is the genetically-related oligarchy, the genetically-related monarchies of Europe, the genetically-related elites of Nigeria, captains of Industry, legal luminaries, Dons in the academia, the doctor-children of profs marrying the pharmacist-children of profs, the lawyer-children of SANs marrying the engineer-children of engineers. At the end, kings give out their daughters to princes and the poor man's daughter unbeknownst to her father is saving to contribute to her dowry.
In this like does society go, in polar opposites, like for like, in the ever-increasing gulf between the BEAUTIFUL RICH and the UGLY POOR.
- June 14, 2017