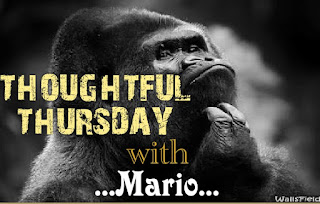 It was Karl Marx, a venerable gentleman, perhaps the greatest man of the 19th Century who said that the history of humanity can be summarized as the history of class struggle. He was right based on the curvature and ideals of the lenses through which he viewed history. However, everyman has his lenses, lenses which details are defined by the background, bias and convictions of the wearer. When I look through my lenses, all I see are the bound and the free. Thus, my idea of human history is one of an endless search for freedom. Slavery and freedom have alternated at different times in a dynamic balance in defining every detail of not only human history but also the daily life of every man. My bossom friend Timothy Onuzulike considers freedom to be the oldest human institution, and perhaps I will more than echo his sentiments in saying that all efforts of man has been unknowingly geared towards sustaining freedom.
But what is this freedom? It is not just Catalonia wanting out of Spain or Biafra out of Nigeria. It is not just Mandela leaving Rhode Island prison or Pharaoh letting my people go. It is something more than that.
The student remains a slave to the school system till he graduates. He remains a slave to his quiz and projects, class works and assignments until he is done with them. And when he prepares for his exam remains a slave to that exam till he has written and passed it. Indentured servitude.
The farmer remains a slave to his farmland until he hands it over to someone else. From seed time to harvest time, the farmer serves his farmland faithfully, making ridges and mounds, weeding and staking. And at harvest time he is back to serve again, only more happily this time.
The prison warder, or the jailer is a slave to the jail. I am in jail, he is in jail too, I wear uniforms, he wears uniforms too, I am a prisoner, he is a prisoner too,  Mr jailer. Thank you,  Asa.
And for the past few minutes I have been a slave to this article. Thinking, digging and scratching different corners of my mind to meet up with the demand of this master.
Every slave looks forward to when he will be free, he looks forward to when he would scream Eureka. Thomas Edison was a slave to the light bulb 1000 times and so was Michelangelo to the Divine Comedy on the ceiling of the Sistine chapel for 6 years. The unemployed is a slave to unemployment, he is tormented by the shame, by the hunger, by the copies of job applications on his desk and by his pressed shirt and trousers, he looks for freedom. But his freedom is another person's slavery.  Why? The employee is a slave to his job, and you know how.
Now, here is where Marx agrees with me. We are all slaves but there are different classes of slaves. While some are slaves to pain, others are slaves to pleasure. Yes, there is the  rich man who is a slave to his pride, he buys an Iphone X that he doesn't need, he goes to the bar and washes his hands (Rolex actually) with a wine of some good dollars. And while he smiles without, he is in slavery within as he bows endlessly on the altar of his pride singing Holy Holy Holy is my Lord Almighty. And, yes,  while the Third World is a slave to socioeconomic emptiness, the First World is a slave to national pride, and real politik.
I know I am a slave to my dreams, to the books I haven't written,  songs I haven't sang, and pictures I haven't painted. I feel the chains of this slavery each passing day. And you know your slavery too. You and I, us and them, all we need is freedom. Yes, remember that line from Akon. All we need is freedom, it didn't come to me in this manner until quite recently. The etymology of words hold secrets that a thousand crypts can't keep. The 'dom' in freedom might as well act in the same capacity as the 'dom' in kingdom. And by this 'freedom' means the dominion of liberty as much as 'kingdom' means the dominion of a king. While we march to freedom let's hope that we will not be the slaves of our freedom.
- October 05, 2017