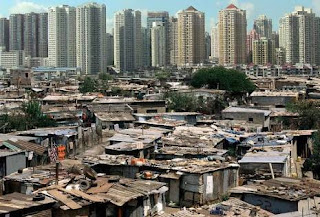 The sunset was unusually blinding this evening as the shanties and old market stalls that had provided shade before now had been pulled down a day before. There had been a feisty effort by the petty traders to stop the demolition, but what could sticks and broken bottles do against the might of caterpillars and wrecking balls powerfully flanked by trigger-happy policemen with an avid lust for extrajudicial killing? That day had ended with tears and ashes, but the morning after a phoenix had to rise: on the rubble of their former stalls the traders mounted canopies and umbrellas and continued with business. Rukewe could not afford such luxury so on this evening she sold under the shelter of the open air. The noise and plot of the market was no less typical, cars hooting and wheezing pass, women gossiping and dragging bargains,  and babies tucked at their mothers' backs painfully turning their heads this way and that.
"One-twenty last, you fit take two rubber two hundred." Rukewe would no longer shift grounds.
"Okay, make you sell me well o" her customer, a young lady, finally acquiesced, albeit with grudge.
There was a shout as a tomato fruit rolled off the table. In one blink Akpos, Rukewe's little boy, had started a chase. Mission: stop the tomato from rolling into the gutter. His effort was successful but at the price of dirt. He handed the dingy vegetable over to his mother who thanked him with a tap on the head,  and threw the vegetable into a bowl which contained tomatoes of similar conditions 'Awalawa' which could still be sold at great discount.
Four hundred meters away from Akalaka market, is a supermarket. There are no bargains here, just price tags, 99.99s and 199.99s. Madam Ntecha is at the counter ready to leave with two branded yellow bags.
"Why the surge in prices?" Madam Ntecha asks the salesman.
"Ma'am, we have a new manager."
"A greedy new manager you should say."
"Well, I do not know about that, Ma."
"Monopoly," Madam Ntecha sighs, " Tell your manager that the government demolished that market because they want to build a shopping mall there. Soon competition will demolish this establishment."
As the door slides shut behind her, Madam Ntecha gets into her car and drives off into our world, the world of half-men and demi-gods. For thousands of years we have lived with our host, and the question of our relationship with her, mother Earth, has remained complicated. Previous generations have wondered if our relationship with Earth is parasitic, symbiotic or commensal, but now we need not wonder: we know. Take a look at the Tsunamis, Typhoons, and landslides, and all of the trappings of climate change and all you will see is the Earth fighting back,  and picking off as much of we parasites as she can per strike. However, this war is more complicated than we think because it is the battle of three kings, a triple threat match. Before Akalaka market existed, there was Akalaka forest populated neither by gods nor men but by wildlife. Then it was man fighting nature as trees were cut down to situate a market with their planks and on their land. Soon Akalaka market will be replaced by Akalaka shopping mall, and the battle continues, now with a third entrant: demigods.
Wealth and the lack of it has divided men into two, demigods and half-men, and while demigods try to build a more comfortable world for themselves they seem to forget that half-men still exist and would not afford the convenience talk more of luxury of the demigods' new world. The demi gods eat on the table, crumbs fall off for half-men. Madam Ntecha is a commissioner's wife, she operates cashless, debit cards and mobile transfers have been her thing. She makes her purchases, and the pay is enough to settle the salesman's wage for the month. Tomorrow is Sunday, and the salesman gives his wife some cash with which to buy 'stew things'. The young lady goes to Akalaka market to buy one rubber of fresh tomato. Madam Ntecha (a demigod)'s money has trickled down to Rukewe, a half-man. But soon Akalaka market will cease to exist, and more half-men markets will be demolished to build more malls for demigods. Sophia the robot and her yet-to-be-made cousins are expected to take over the salesman's job. Trends will continue in this war such that one day half-men will wake up to bright sunshine as their homes are being demolished to accommodate more demigods' designs, they will watch their children cry of hunger that morning and while they contemplate the fact that there is nothing left to eat but the demigods, the demigods will contemplate the fact that the biggest and most convenient stake in arriving at a truce on the nature front of this war would be to reduce the population of the half-men. How convenient it would be, after all overpopulation is perhaps the single biggest cause of the war between man and nature, the Earth is fighting back because the parasites are getting too many, and why shouldn't the minority demigods help bring peace to the Earth by reducing the swarming numbers of the majority half-men? And so will formally start the biggest war known to man, the war of demigods and half-men. It would be in Pounds and Dollars, guns and bombs, inflation and recession, civil wars, terrorist attacks, and bio-terrorism. Surely the Earth wouldn't stand by and watch.