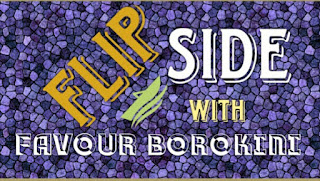 I dislike Nigerian movies with a passion. What's to like? The corny acting, the predictable plots or the atrocious grammar? Worse than this is the manner society is portrayed in these movies. I think Yoruba movies are even worse than their English counterparts and I can say this boldly because I am Yoruba. We really need a change.

If you're wondering when I'll hit the nail on the head about the matter at hand, I'll tell you now. I once saw this movie where a guy's parents refused to accept his choice of a bride. We'll call this guy "A". The lady in question was HIV positive so you can understand why the concerned but not very enlightened parents had an issue with the whole arrangement. So A had to take his lady friend to stay with a friend overnight. Why not a hotel, you may wonder? I really don't know. Maybe the guy was cheap. Anyway, the friend didn't know the lady in question was HIV positive and as night fell, he felt a strong overpowering desire to rape his friend's bride to be come upon him. Did I mention she was a virgin? Not very shocking as these plots go. Anyway, when A found out he was betrayed and blurted out to his friend that she was HIV positive. Long story short, his friend tested negative for HIV. The lady also got tested and was found negative. Now it's not what you think, she wasn't cured by the rape. It turns out that a doctor long ago falsified the test results yada yada yada. Now the point I'm trying to bring out is that when it was discovered that she was negative, this rapist was declared a hero. They said if it wasn't because he raped her, the truth wouldn't have come out. The guy went from zero to hero in a split second. The dastardly effect of the rape on this lady wasn't shown. She was shown as appreciative, ecstatic really.

Nollywood movies, no matter how moribund often reflect the true state of society. Sadly, this is no exception when it comes to rape. Rape, whether male or marital is a crime of invasion. A crime against the very person of an individual. We all value ourselves, the things that make us who we are. Things that shouldn't be taken away from us except with our consent. Our sexuality is bound to our personalities. Even a harlot refuses a client once in a while but a rape victim is treated as less than a whore. This is clear when armed robbers after robbing rape members of the family because it is seen as yet another commodity to be stolen.

It's a crime of opportunity really and no one is really safe from a rapists appetite. No one! Not a heavily shrouded Muslim girl, nor a elderly woman nor a 6-month old infant. We all fall prey to the depraved appetites of people who literally can't keep it in their pants. The fact that most rapes are committed by family and friends makes it all the more sordid.

It doesn't have to be this way though. Rape is rarely reported because the family of the victim want to keep their prestige at the expense of another. Even when they get to the police station, they're counseled by police men to forgive and forget (emphasis on forget).

It's really sad that we shame rape victims. We tell them, "You were indecently dressed", "You were walking alone at night", "You led him on", "I told you so" etc. Clearly, short skirts don't rape, rapists do.

It's reprehensible that we don't take a firmer stance on rape and rapists. We grant an enabling environment to not only strange men but strange women to molest our sons and daughters.